East Antarctica is often imagined as stable and steady compared to West Antartica, its vulnerable and melty neighbor. However, as the effects of climate change start to sink in their teeth, East Antarctica’s glaciers are trembling and appear to be losing ice at a much faster rate than ever anticipated.

A recent NASA study, presented this week at the Fall Meeting of the American Geophysical Union (AGU) in Washington, has revealed that a group of glaciers covering a significant portion of East Antartica has been losing ice at a velocity never seen before over the past decade.

“The change doesn’t seem random; it looks systematic,” Alex Gardner, a glaciologist with NASA’s Jet Propulsion Laboratory in California, said at the AGU press conference. “And that systematic nature hints at underlying ocean influences that have been incredibly strong in West Antarctica. Now we might be finding clear links of the ocean starting to influence East Antarctica.”

The monolithic Totten Glacier is of particular concern. Encompassing around 6,200 square kilometers (2,400 square miles) of ice, the melting of this ice shelf alone could raise sea levels by over 3.3 meters (11 feet). According to the research, it is now steadily retreating due to the warming sea temperatures, along with four large glaciers to its west and a smattering of smaller glaciers to its east.

“Totten is the biggest glacier in East Antarctica, so it attracts most of the research focus,” added Catherine Walker, a glaciologist at NASA’s Goddard Space Flight Center. “But once you start asking what else is happening in this region, it turns out that other nearby glaciers are responding in a similar way to Totten.”

A map of East Antarctica, including Totten Glacier and four other significant glaciers in the region. NASA Earth Observatory/Joshua Stevens

Nevertheless, the situation in West Antartica is still the burning issue, most clearly seen by the break-up of the Larsen Ice Shelf. Glaciologists are also pretty concerned about the Thwaites Glacier of West Antartica, which appears to be collapsing into the sea at an alarming rate.

The findings were based on detailed satellite imagery from a NASA project, called Inter-mission Time Series of Land Ice Velocity and Elevation (ITS LIVE), which tracks changes in the surface elevation of glaciers. The researchers also paired this information with computer simulations of ocean temperature and data from sensor-tagged marine mammals.

The rate of melting can vary from year to year depending on a number of climate conditions. However, make no mistake, climate change is not helping this situation, by any means. As global temperatures creep up, warmer waters will make their way to East Antartica more often and melting will occur at an increasing rate. 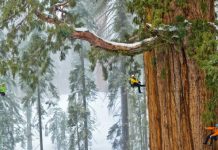 No one has been able to capture this 3,200-year-old tree in one image before – until now 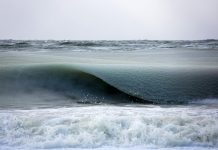 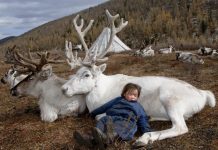